Congratulations to the new board of the Coastside Democratic Club!

We had a very busy and very successful year.  We hosted many inspiring speakers and events over the past year to keep our club members informed on Democratic issues, we hosted an activist workshop, conducted voter registration training, we ran a voter registration booth at the Pumpkin Festival (where we registered 57 new voters in one day), we supported our Democratic National causes by participating in and showing our “Coastside Democrats” banner at many events including:

To keep things fun and to provide networking opportunities, we also hosted movie nights, happy hours, an election watch party and a holiday party (where we raised donations for our favorite local charity, Coastside Hope).

In May, at a General Membership meeting, we hosted Rob Caughlan, a founder of Surfrider Foundation and a long-time political and environmental activist.

In May, we hosted Congresswoman Jackie Speier and had a large turnout for that event.

In May and June, we hosted Democratic Primary phone banking to the Central Valley.

In August, we participated in and sponsored the San Mateo County Central Committee “Flip-It” fundraiser BBQ.  We had a large showing of club member support and an impressive booth that drew a lot of attention to our club.

In September, we hosted an Endorsement Election where members chose which candidates would receive our club’s endorsement.

In October, members of the club hosted TJ Cox, a U.S. Congressional candidate from CD21.  With our help, TJ Cox went on to win the 40th elected seat in Congress.

In February, we hosted Belinda Hernandez-Arriaga, immigration activist and founder of ALAS (Ayudando Latinos A Sonar).

On May 19th we will host Lenny Roberts, The Committee for Green Foothills’ Legislative Advocate for San Mateo County.

On June 26th and June 27th we will host Democratic Primary Debate watch parties for this 2-session debate.

On July 30th and July 31st we will host Democratic Primary Debate watch parties for this 2-session debate.

If you have not yet renewed your membership, I urge you to go to our website or Facebook page for instructions on renewing your membership so that you will not miss hearing about our valuable and fun activities.  We now have an on-line payment option called Democracy Engine.  Please read our newsletter and visit our website or Facebook page for updates of new events and volunteer opportunities.

I would like to thank retiring Board-members Jenny Skoble, Meg Fried and Walter Sensing for all their hours spent on making the club so successful!  I, myself, have served on the Board for over 6 years and am also retiring this year.  It has been a pleasure serving the membership of the Coastside Democratic Club.  I will continue to volunteer for the club and I look forward to another exciting year. 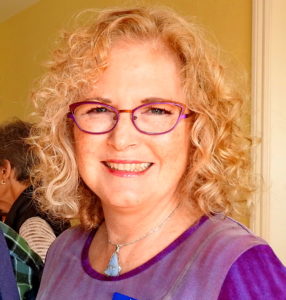 The Board members of the Club would like to thank Doreen for her service as president. She has been a pleasure to work with and an inspiring leader.