The Coastside Democrats and friends will have the opportunity to hear Josh Becker, the Democratic candidate for the California Senate, District 13, speak on Sunday the 13th, from 2-3 pm. District 13 has been represented by Club friend Senator Jerry Hill, who is termed out and cannot run again. Josh is opposed by a Republican and is very likely to win the seat. Our Club endorsed his candidacy last week.

This is an excellent opportunity for Club members and guests to hear directly from Josh and to ask him questions. He comes from Menlo Park and is interested in learning more about the issues on the Coastside. 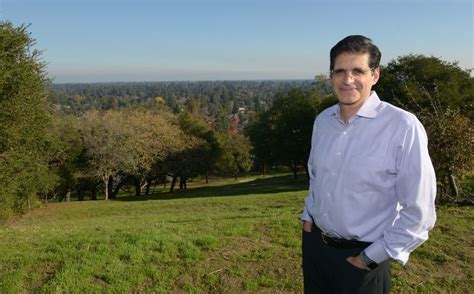 Here are some facts about his background:

Since none of the following local candidates were endorsed by the Coastside Democrats, we wish the best of luck to all. We are providing all of the candidates’ questionnaires as a public service.

Proceed to our Election 2020 page for more information.

The Coastside Democratic Club would like to present the results of its endorsement meeting. It is said that Democracy is messy – our process resulted in an endorsement only for Senate candidate Josh Becker, whom the club endorsed enthusiastically. There were no endorsements for local candidates. However, we do believe the process was valuable for our members. There were two good candidates for many of the seats, and our members had different priorities and split their votes.

Participants read the statements from the candidates, heard them speak, and were able to ask them questions. Members had the option to vote to endorse candidates, vote for “no endorsement”, or to decline to vote in each race. In order to be endorsed, 60% of the voting members needed to vote for any candidate. We are proud that we were able to bring additional insights to our members and provide a fair process for endorsement.

Here are the results:

Advisement of Change in Endorsement Ballot

The SMC Democratic Central Committee (SMCDCC) rules for candidate endorsement require that each candidate is registered as a Democrat at the time they file as a candidate. Two of the candidates who were on the endorsement meeting email that we sent yesterday learned after their filing that they were actually registered as “No Party Preference – NPP” at the time they filed. Both candidates have long been registered as Democrats, and in both cases it appears that when they renewed their drivers licenses they were re-registered to vote. Unbeknownst to them, and probably to many, the DMV process vacates any prior party affiliations and requires that you update your affiliation. In fact one of the candidates reports that he specifically asked the DMV not to touch his registration, but it appears they did. Both candidates have since updated their party affiliation, but this correction does not meet the SMCDCC criteria for endorsement.

The Coastside Democratic Club Board has assessed that the SMCDCC bylaws are clear and the Club bylaws require adherence to them, so with regret we must remove the two candidates, Tom Mattusch for SMC Harbor District and Joaquin Jimenez for HMB City Council, from our endorsement process.

Only eligible candidates for local races will have an opportunity to speak about their candidacy, take questions and receive a vote. The vote choices on 3 September will include “endorse”, “no endorsement” and “decline to vote”. A candidate must receive 60% “endorse“ versus “no endorsement” votes to receive the Club’s recommendation for endorsement to SMCDCC.

We regret having to make these changes so late in the process, but still look forward to an informative meeting tomorrow. The Club will be expressing its concerns about the deregistering of Democrats to its state elected officials.

These candidates are not eligible for the Club’s endorsement. We are posting their completed questionnaires for your information only.

Members are welcome to a Zoom Happy Hour every Wednesday at 5pm. For details, contact president@coastsidedemocrats.com

Need help on Zoom? Here are guides to make the most of your experience online.